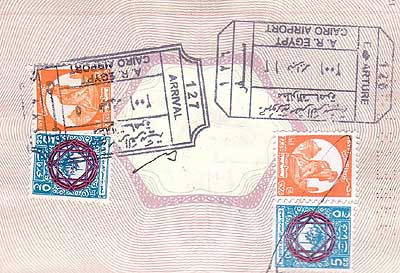 an expression of democratic freedoms

Welcome to one of our very first expressions of "refugee rights". The statement on this page was written in 2001, almost as soon as the attitude of Australia's super-conservative, yet extremely radical Federal administration of John Howard started ramping up the notion that it would be "illegal" to sail to Australia in order to seek asylum.

In the document we wanted to embody a common-sense approach to the basics of human rights, in a tone that would very much be welcoming to asylum seekers and refugees; we wanted it to express these notions in everyday language, yet be fully derivative of all working International Conventions and Australian equity law.

Below is the product of our work, and because it's one of the 'foundation pages' of the human rights section, we've consistently included the link to this page in the main menu, and kept it open for fourteen years, until August 2016, for endorsements.

For more than 14 years everyone could add their name to the hundreds of others who have signed this statement.

14 April 2008: Project SafeCom's online People's Visa promoted - A Project SafeCom presentation at Curtin University's 2002 Conference: Australia - Indonesia border tensions: Continuing the Dialogue on Refugees, Asylum Seekers and People Smugglers. "I don't want Australia to become a maverick nation, and we're well on the way to becoming just that. And I'm honoured to be part of a fast growing number of people who do not permit that."

This Visa Document explains your Rights when you come to Australia as an asylum seeker. It has been made by the people of Australia.

This Document was not written by the Australian Government. They have other rules. You'll see in this document that the people of Australia, including names and organisations which may appear at the end this document, do not agree with the practices of the Howard Government because they do NOT represent Australia's promises that were made as a result of our country signing the UN Refugee Convention documents and the UN Human Rights Convention documents.

This document has been made by the people of Australia, and is strictly in accordance with the following documents:

Open to asylum seekers before assessment

The people of Australia welcome the asylum seekers who ask for shelter within its country in accordance with the United Nations Conventions. They apply the principle of being innocent until proven guilty also to new people who claim to be genuine refugees.

No discrimination in treatment

The people of Australia will not distinguish between asylum seekers based on race, or the country they come from. Whether you are a farmer from Zimbabwe or someone from Cambodia or someone from Mexico or Iraq or Iran, we will not discriminate or give you preferential treatment. That's part of the International Human Rights Conventions.

The people of Australia will not discriminate between people who come by boat or by plane or by other means, like in a container. We understand that refugees often have very desperate ways and means to flee from their countries. This attitude of ours is in accordance with the United Nations Conventions.

The people of Australia will not give unfair advantages to people who overstay their visas even if we have a great relationship with their country of origin. Only if they do not want to submit a claim for refugee status we will call them "illegal entries". Nobody else will be called that. If you are called "illegal entrants" or other nicknames, like "queue jumpers", call us. We will bring a strong complaint about the organisation or the individual who does so, before the Australian Human Rights Commissioner, and investigate to have them charged with discriminatory practices and defamation.

The people of Australia will not discriminate between people who come directly from the country they are fleeing and those who have been in another country as a 'jumping platform' to enter Australia. That is in accordance with the United Nations Conventions as well.

No discrimination as a result of false papers or no papers

The people of Australia will not discriminate against you if you arrive without any identity papers or a passport, or if you arrive with false papers or a false passport. The United Nations Convention for Refugees states clearly that we cannot do that, because you may have had no choice in order to actually get to Australia. Anybody who tells you differently (even if they are the Government of Australia) is wrong about that.

Not aggravating any hurts

The people of Australia will never allow any damage or scars and hurt you may have from the time spent in the country you're fleeing, or in "in-between" countries you spent some time after that, to be complicated by the processing or during, or as a result of, your refugee claim submitted within Australia.

The people of Australia will process your claims within the shortest possible time. They will NOT allow bureaucratic "red tape" to slow that process down.

The people of Australia support Reception Centres for you to stay during this period. The principle of innocent until proved guilty applies to you during this period; it is an acknowledgment that you have done nothing wrong by being an asylum seeker and knocking on our doors. Health checks and ID checks do not need to take long. They should not take long either.

The current Australian government manipulation of Australians, telling them that detention is the only way, because asylum seekers may abscond, flies flagrantly in the face of our promises to use prison as a last resort. It also ignores statements that imprisonment needs to be selective, on a case-by-case basis, and only if national security is endangered as expressed in conclusions of article 31 of the UN Refugee Convention.

Commitment to a brief Stage One

The people of Australia are fully committed to processing your health and ID checks in Stage One as fast as possible and see this completed, as a rule of thumb, within 18 days. They are also fully committed to stipulating the period in an exact number of days in advance to you. We will check with you whether that's OK for you.

The people of Australia actively want to keep you 'in the light' rather than in the dark, about how we're going with your refugee application. We see that as an important part of our claims to be an open and accountable democratic country. We also acknowledge that this is your right as someone who is present under your circumstances in our country. We promise to be very pro-active about this. We are proud of our country, and we want you to also become proud of it. That we see as part of our international duty to you as an asylum seeker.

The people of Australia actively promote freedom of speech. You may always speak with the media. They are, in many ways, representing the voice of the people of Australia. We do our best to have freedom in the Media, and to that belongs that they are welcome to speak to you. And we invite you to tell your entire story. We see that as a very important part of your well being, especially after you have just fled from a country where you were oppressed or persecuted or where you couldn't live for other reasons. This openness and freedom of speech is a normal part of the International Conventions of Human Rights.

We actively will encourage you to contact the people you left behind, such as your family. We see that as a central part of your healing and recovery from a traumatic time you may have had. This is in accordance with the spirit of the United Nations Convention for Refugees. Like the Red Cross helps you to locate your other family and helps you contact them, we help you to do that as well. We make sure that there are plenty of telephones and plenty of computers to send e-mails where you are.

You read that right too! If we don't think that our government is fair, and have deep dissatisfaction, we protest. We force them to listen. That's part of a democracy. We think you have that same right. We treat you as a person with full rights. Organise a protest if we really don't listen. All the world has heard of Dr Martin Luther King Jr, all the world has heard of Ghandi, and of other huge protests around the world. We reckon you know about that too. Use your social action skills. It may even help you to vent other long-held feelings about the oppression in your own country. It may even help you to heal up a bit.

The right to family unity

In accordance with the United Nations, you have the right to have all of your family around you. We will not negate these agreements. Your family will be accommodated properly with you. And your children will not be separated from you.

The right to culturally appropriate treatment

We acknowledge that you have, as part of your own culture, religious and other habits and practices that need our respect. We honour that and will try to accommodate you appropriately in Australia to exercise those practices. We need your help by way of feedback from you. We see this as part of the basics of Human Rights conventions. Please tell us how to do it better!

Stage Two and beyond

The people of Australia actively make sure that you are having a good memory of your time with us, even if your application for refugee status in the end can not be approved. After "the eighteen days" or so of Stage One, you are basically free to wait around. But we are not just sending you into one of our cities with $500.00 or $1,000.00, while you have no support or people you know, or do not speak English properly.

We have centres around Australia for you to stay and do good things for yourself and with us. You can attend free English classes from the start. You have access, straight away, to getting some work, to getting job seeking training and assistance, and to financial support. And of course - that is without question - access to full medical care like anybody in our country. You need to learn a lot of new things about Australia, like how to get through a city or how to understand our ways. We have, just like they do in the Netherlands for all refugees, Australian Induction courses for that. And once you have found some work, we would like you to contribute some of the money to your accommodation. No pressure of course, because we expect that you really like Australia by that stage, and want to return the favour.

The people of Australia invest in refugees. They welcome refugees and have done so in our past. To name just one example, the camel trains in the outback did great work in our past, thanks to the Afghan people. Australia is a multi-cultural society, with people from many, many countries helping to build this great country of ours.

Therefore we give asylum seekers, when their refugee claim has been assessed, a full and permanent permission to remain in Australia. We do NOT fool you with visa which suddenly become useless after three years, like temporary protection visa, which still forbids expressly for you to gather together your family in Australia. We do NOT nibble on the United Nations Conventions like our government does. We have already provided training and language classes, and we congratulate you when you become part of us - permanently. You can tell the whole world about us. Australia is the greatest country on the planet. We want you to be able to tell the whole world about us. Please do so!