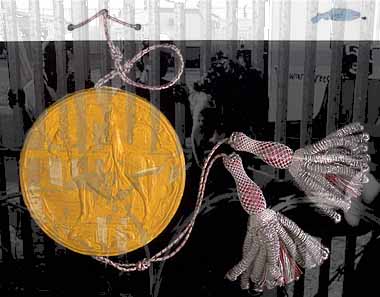 The Royal Seal of Australia's Commonwealth, attached to the Australian Constitution document. The image is superimposed over a photo of an asylum seeker in tears at the Woomera Detention Centre fence during the Easter protests in 2002

Towards a Bill of Rights?

Our archive of Bill of Rights resources

Project SafeCom's archive of Bill of Rights resources: speeches, papers, presentations and books have seen the light of day right around Australia since the 2001 Tampa standoff and the anti-terrorism legislation introduced during the Howard years. This page brings together our resources on a Bill of Rights for Australia.

Australia is the only Western country where citizens' rights as well as the rights of other residents or those who move within its territories, are not protected by a Rights Charter or a Bill of Rights.

Australia is the only Western country where citizens' rights as well as the rights of other residents or those who move within its territories, are not protected by a Rights Charter or a Bill of Rights. Since the 9/11 attacks and resulting draconian Anti-Terrorism legislation, and the treatment of terrorism suspects - in an environment where asylum seekers "daring" to enter Australia to seek asylum from persecution are treated as if they are criminals - a growing number of Australians have become convinced that Australia needs to protect fundamental freedoms and rights through this legislative framework.

6 November 2009: John Pilger: Breaking the Australian Silence - In Pilger's 2009 Sydney Peace Prize acceptance speech he describes the "unique features" of a political silence in Australia, and how these affect the national life of his homeland and the way Australians are manipulated by great power against our own first people and those seeking refuge...

3 March 2009: The jailing of Daniel Snedden: an Australian gets jailed for years, without charges - "Any Australian can lose his liberty, be put in custody along with other criminals, can be removed from this country for however long it takes in another country that the government has accepted as an extradition country and it is said that that is not punishment and he never has an opportunity for a judicial officer of this nation to have a look, even on the papers, as to whether or not..."

6 April 2008: Nick Poynder, When All Else Fails: Seeking Protection under International Treaties - In [the current political] climate [in Australia], it is not surprising that those seeking to protect human rights have begun to look elsewhere and, in the absence of any effective domestic human rights law, the international sphere is becoming increasingly attractive. An April 2003 lecture at the Castan Centre for Human Rights Law.

2 April 2008: Julian Burnside: Citizens' rights and the rule of law in a civil society: not just yet - Julian Burnside delivers The 2008 Manning Clark Lecture: "Personally, I would have preferred to see the [Howard] Government removed because of its lamentable approach to human rights and the rule of law. But perhaps Australia is not ready to embrace such notions: not just yet. In any event, the electorate saw industrial relations as a more pressing matter."

2 March 2008: Spencer Zifcak, No Way Out: The High Court, Asylum Seekers and Human Rights - Guided by failed court cases attempting to challenge the Migration Act and remove children from ongoing immigration detention, Spencer Zifcak makes a powerful yet gentle argument for a Human Rights Act to 'control' imbalance in Australian legislation where human rights are undermined or nullified.

3 February 2008: Watching Brief: Reflections on Human Rights, Law and Justice - The first decade of the twenty-first century has seen a sharp decline in respect for human rights and the international rule of law. The legal conventions of the new realpolitic seem to owe more to Guantanamo than Geneva. In Watching Brief, noted lawyer and human rights advocate Julian Burnside articulates a sensitive and intelligent defence of the rights of asylum seekers and refugees, and the importance of protecting human rights and maintaining the rule of law.

22 September 2007: Alastair Nicholson: Human Rights Under the Howard Government - "The situation of the protection of rights in Australia is particularly precarious because of the absence of any form of a Bill of Rights at a national level. We are now one of the few civilised countries in the world to lack this protection. The introduction of such a bill is anathema to conservatives ... This is precisely why we need it, particularly when ..."

5 May 2007: Malcolm Fraser: Australians: What are we? How do we see ourselves? How do others see us? - On 30 April 2007, before a crowd of 500 staff, students, and journalists, former Prime Minister Malcolm Fraser delivered the 2007 Commonwealth Lecture at Australian National University. Here's the full lecture.

28 February 2007: Clive Hamilton and Sarah Maddison, Silencing Dissent: How the Australian government is controlling public opinion and stifling debate. The book Silencing Dissent uncovers the tactics used by John Howard and his colleagues to undermine dissenting and independent opinion. Bullying, intimidation, public denigration, threats of withdrawal of funding, personal harassment, increased government red tape and manipulation of the rules are all tools of trade for a government that wants to keep a lid on public debate.

21 October 2006: Richard Woolcott: Intolerance, Terrorism and Fear - The Legacy of 11 September and the Threat to our Values, Rights and Liberties. "...our democracy is not functioning as it should. I believe it is affected by hubris, the arrogance that comes from ten years in power, the politics of fear, nurtured by the so-called 'war on terror' and latent racism."

3 January 2006: Human Rights Watch on the Anti-Terrorism Bill - "In order to protect freedom of expression, "urging" action must not be criminalized unless it is directed at inciting imminent lawless action, is likely to incite such action, and if those listening are likely to take action in response to the urging."

2 January 2006: ASIO's Terrorism Powers and the Implications for Democracy - Sandra Fonseca from Reportage writes: The amendments to the Australian Security Intelligence Organisation Act 1979, which have bestowed unprecedented powers upon the Australian Security Intelligence Organisation (ASIO), are amongst the most concerning of the Howard government's legislative initiatives to counter terrorism.

4 December 2005: Malcolm Fraser: Human Rights and Responsibilities in the Age of Terror - "The fact that the Government, with the support of the Opposition, has moved so far away from the Rule of Law demonstrates the fragility of our grasp of a liberal, democratic society. If we stand silent in the face of discrimination and in violation of the basic principles of humanity, then we betray our way of life."

20 November 2005: Eve Hillary, Rising New Movements of Social Justice - Around the world, individual persons, entire communities, fellowships and emerging sweeping movements have put the government on notice that Constitutional Laws and Human rights will not be violated in their area.

6 October 2005: When Terrorism Outlaws Democracy - In a country without a Bill of Rights, the prospect of more draconian Terror Laws delivers ultimate control through fear. Australia, with its history of penal colonies, racism and detention centers, is now set to become a police state.

14 April 2005: Geneva versus Canberra: Australia in the dock at the UN - The UN has again attacked the Howard Government's record on race, but this time the politicians are shutting up and news of the verdict isn't getting out. Back in 2000, the UN was unimpressed - and that's the Geneva problem in a nutshell: what works in Canberra doesn't work in in this town. The Howard Government message carries no particular clout. The power of jobs and patronage, so persuasive back home, has no impact in Geneva.

31 May 2005: Holding the glass to our nation: human rights in an age of terror - "This idea that we should be protected from bad law and bad government shapes my thinking about the Australian response to the threat of terrorist attack. As governments search to protect the nation from evildoers, they are liable to inflict damage on human rights, which we generally take as given." Amnesty International's 2005 AGM speech by Chas Savage.

25 April 2005: Does Australia Need a Bill of Rights? - Chief Justice David Malcolm's speech delivered in 1998. "The guidance provided by a Bill of Rights would be one way of both assisting the courts as well as re-asserting the supremacy of Parliament".

12 March 2005: Frank Brennan SJ, Australia's judicial isolation - "Perhaps the only cure for Justice Kirby's depression is a bill of rights which would force our judges to take up the slack in a post-September 11 world in which the Government will control the Senate, while thumbing its nose at international conventions and determinations."

15 January 2005: Australia's response to asylum seekers in the Age of Terrorism - Dr Savitri Taylor of Latrobe University argues that the threat to national security posed by an individual can be no more or less by reason of immigration and citizenship status ... there can be no objective justification for according less procedural fairness to an asylum seeker who may pose a threat to national security ... also not since the 9/11 attacks.

30 September 2004: Bucking the Obligations: avoiding ICC Statute implementation - The International Criminal Court (ICC) is the 20th century's most important creation in the struggle against impunity for the worst crimes known to humanity. However, as it starts operating, Party States are failing to implement the ICC's Rome Statute and produce flawed legislation, and they're not ratifying and implementing the Agreement on Privileges and Immunities. Including Australia.