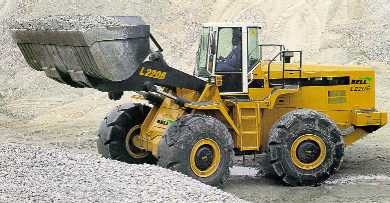 More than a hundred downloadable files

This page is packed full of human rights documentation in the form of PDF Files, Word documents or presented in other formats. You can either read the documents linked to this page or download them from the links listed below.

To read the documents, just click on a link or the corresponding image, and use the "Back" button of your browser when you're finished. To download the documents, follow the following procedure:

The documents are listed in various categories to help you along. Click the title links in the list below to jump down to the sections.

About the images & documents

During the initial "Howard years" in which we operated, from 2001 to 2005, we used our growing collection of "Infosheets" to inform our supporters and the wider public, also through our community event stalls, of human rights convention standards, and of what Australia did with those standards. Below are those Information Sheets, or The Infosheets, for your perusal or download.

Because Project SafeCom is a Corporation in the legal sense of the word, our Annual General Meetings see the publication, every year, of an Annual Report. Here they are - they are public documents. Looking at them will give you a good sense of how we operate, and what we've done over the years - and for how little money we did at that work!

These are the flyers or documents we created and sent out as part of our events. And because we uploaded them also to the pages related to these events on our website, they're appearing in this collection.

Many of the documents in the section below on Deportation issues were formed or sourced in the context of the National Anti-Deportation Alliance in 2003, which was formed during the period that Australia was intending to forcibly deport dozens of Iranian asylum seekers at the start of what the Government planned to be a deportation of many hundreds of asylum seekers who were held in detention centres. Project SafeCom became the storehouse for the Alliance - see the 'home page' for the Alliance on our website here.

Footnote: Some documents on this page may subject to copyright laws. There are also most likely to be restrictions on commercial use of these documents. Please check with the author about these; Project SafeCom Inc. does not accept liabililty for any consequences to yourself after download. The documents are presented as background readings for you, and provided within the guidelines of "free and fair use" on the internet, which are "to inform and educate without restrictions".