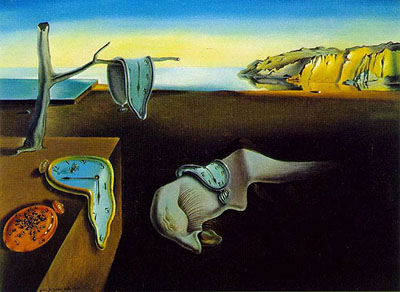 Ensnared in a time warp:

29 July 2003: Modern-day torture: Government-sponsored neglect of asylum children - Australia's response to unwanted and uninvited refugees is to keep people out by military means, and to incarcerate those who make it alive to our shores, including families with their newborn babies. Such response is morally wrong as well as indefensible...

8 May 2004: Cheap, savvy, effective: Virtual communities safeguarding human rights - "The internet enabled activists who have never met before to unite under a common issue, to rapidly set up support groups, to plan public action and to target media attention by using a keyboard, as they formed virtual communities. Activists made available online information about allegations of human rights abuses from inaccessible detention centres behind razor wire and electric fences, often within minutes of being reported." A paper by Barbara Rogalla.

Australia is the island continent under the stars of the Pacific sky, where crystal clear water caresses pristine beaches and the red sun scorches the inland deserts. Less popular are images of immigration detention centres, where refugee applicants are locked up, including women and children. This article explores life behind high-tech surveillance instruments that watch over coils of razor wire and electric fences separated by no-mans land.

Between 1999 and 2003, Naval and Customs officials intercepted almost ten thousand people who approached Australia's northern coastline by boat. As the authorities approached, many passengers destroyed their personal identification papers, for fear they would be sent back. They told officials that they were refugees according to the definition of the Refugee Convention of the United Nations, and therefore asked Australia for protection. Subsequent investigations by authorities revealed that the vast majority among them were refugees. But they were not welcome. Australian legislation stipulated that individuals who arrived in this manner were detained until their identity and refugee claims were verified, and until they passed health and security checks. For some, it would be years before they became free again.

Mandatory detention for uninvited refugees began in 1992. There is no fixed duration for detention, and no judge can order their release. This policy applies only to the uninvited refugees, the "onshore" applicants, and not to people who apply before they arrive in Australia. Detention continues until a person receives a visa to enter Australia, or is removed from Australia. The government is also willing to release individuals who relinquish their refugee rights and who apply to leave Australia. An unsuccessful refugee determination in Australia means that the person is preluded from applying in other countries that are also signatories to the Refugee Convention. If a person exercises his or her legal right of appeal, it can mean several years of deprivation of liberty, until all appeals are finalised.

Apart from people awaiting the outcome of their appeals, "stateless" people can also remain in detention for long periods, because of difficulties to obtain permission to live in another country. If Australia does not accept a refugee claim, and if no other country issues a visa, stateless persons face the prospect of potentially lifelong detention. Should this be the case, only two people are authorised to release such person, the Minister for Immigration and Multicultural Affairs and the Minister for Citizenship and Multicultural Affairs. Regulations stipulate that no Minister is obliged to intervene, or to even consider the matter.

Permanent protection and family reunion were scrapped in 1999. Successful applicants were released on a Temporary Protection Visa (TPV), and after three years applicants had to prove their need for ongoing refugee protection. Some received permanent residency visas, and others had to re-apply every three years. Whilst these refugees were authorised to remain in Australia on a TPV, they could not bring their families to safety under the humanitarian family reunion provisions that applied to other refugees. Legislation did not prevent them from leaving Australia and meeting their families abroad. But if they left Australia, the TPV was revoked, and they could not return.

After the end of family reunion and permanent protection, many families arrived together, and were also detained together. Detention centres, that in the past had accommodated mainly single men, subsequently accommodated a larger proportion of women and children. Children, who were born whilst their parents were detained, were incarcerated from the moment of birth.

The government has always claimed that detainees were treated humanely, that detention occurred for administrative reasons only, and was therefore consistent with Australia's international obligations. Despite these assurances, detention proved devastating for many. Several government Ministers, including the Prime Minister, acknowledged repeatedly that the detention of children was "regrettable". Yet they continued to detain them, and predicted that setting the children free would only encourage more uninvited refugees to seek out Australia.

At the very least, immigration detention deprived children of their social development and excluded them from educational and developmental opportunities. They became Australia's little prisoners. Many have witnessed the use of tear gas, a water canon, or batons during riots, and have seen people physically subdued by detention guards. Some children developed psychological disturbances, attempted to end their lives, or suffered from nightmares or bedwetting.

One six-year old boy was so traumatised by images of incarceration and self harm attempts by adults, that he stopped eating and drinking. He was also caught in a cycle of hospital admissions, discharges to the detention centre and re-admissions to hospital. When his health deteriorated again for the seventh time, refugee supporters smuggled a camera into the Villawood detention centre and released the film to the media. After footage of a pale and almost catatonic child was shown on national television, the boy was re-admitted to hospital and subsequently released. Within one year, all family members were set free and accepted as refugees.

The greater the length of detention, the worse it gets. Medical practitioner Dr Aamer Sultan from Iraq described clinical features of the detention syndrome, whilst he himself was detained for four years until Australian authorities accepted his refugee application. The essential feature of this syndrome is the systematic destruction of the personality, brought about firstly by the idleness of the detention environment, secondly by an indifferent bureaucracy, and thirdly by uncertainty and hopelessness about the future.

Official reports from agencies that have a statutory duty to comment on government policy, also confirmed the suffering of individuals inside detention centres. Allegations about conditions inside all detention centres have continued for years. Since the demography of the detention centres changed in 1999, an Ombudsman investigation found that these centres were not safe for women and children, and that many were treated as if they were prisoners.

The Human Rights Commissioner also conducted an inquiry, and investigated the claims from more than three hundred submissions and examined witnesses under oath. In April 2004, the 924-page National Inquiry into Children in Immigration Detention found that the government was in breach of the Convention on the Rights of the Child, and recommended the release of all children from immigration detention, as a matter of urgency. But the government released only some.

The venue most feared in all detention centres is the "management unit", colloquially referred to by detainees as the "punishment unit". Its purpose is to separate detainees from other detainees, either in groups or in solitary confinement. Detainees are placed there for security reasons, for control of undesirable behaviour, or for the prevention or treatment of suicide attempts and other forms of self harm. The cells resemble prison cells, and are under twenty-four hour video surveillance.

One woman has spent almost ten months inside one such cell, because she did not comply with the code of behaviour expected from detainees. Although the Baxter detention centre in South Australia had on-site psychiatric nurses and visiting doctors, her illness was not diagnosed until after concerned detainees raised the alarm with refugee-friendly contacts in the community. When the government was forced to admit that it had incorrectly incarcerated an Australian Resident, the Immigration Minister defended the actions of her department, because the woman continually gave a false name during questioning. Her health status, which influenced both her answers and her behaviour, was not taken into account. After ten months of detention, she required hospital treatment before she remembered her name again.

One morning, an Australian citizen took her five-year old child to school. She did not return to pick him up, because immigration authorities suspected that she was an illegal immigrant, and subsequently detained and deported her. Neither her family in Australia nor in the Philippines knew of her fate, until journalists exposed the story in March 2005, four years after her disappearance.

The legislation that was written the purpose of keeping uninvited refugees out of Australia, has now affected Australian citizens. Another two hundred people claimed that they also were inappropriately detained under the administrative powers of the Immigration Department. The government has ordered an investigation into these instances of arbitrary arrests and detention, and into the one documented deportation of an Australian citizen. These investigations are conducted in secret, and the findings will not be released to the public.

After six months of intense media pressure, and more recently, after pressure from within his own party, the Prime Minister refuses to scrap mandatory detention, and to change the laws and policies that have legalised this abuse of power. The government has ruled out a full judicial inquiry to investigate immigration detention practices, an inquiry that has the power to protect witnesses, and to compel them to give evidence under oath. However, the Prime Minister has promised to release children with both parents into the community. But release does not mean freedom. "Release" means detention inside a house that is fitted with electric alarms, where families are under guard for twenty-four hours per day, and allowed to leave the house only under the direct supervision of detention guards.

As part of the deal that capped the dissent within the government, the Prime Minister authorised the Ombudsman to review the detention of all individuals who have been incarcerated for more than two year years, and also announced measures to expedite their release. As has been the case in the past, the government does not have to accept any recommendations, and the freedom or liberty of individuals continues to be decided not by a judge, but by politicians.

The purpose of this article is to generate discussion. Therefore, the reader is encouraged to obtain information from other sources. For an overview of Australian regulations about uninvited refugees, and for a presentation from the government's perspective, go to the Fact Sheets of the Department of Immigration and Multicultural and Indigenous Affairs, especially to the sections on Background Information, Border Control, Detention Arrangements and Compliance Issues. For updates on the fate of incarcerated children, go to Chilout, an acronym for Children out of Detention. My favourite site is the refugee page at Project SafeCom, which gives a mixture of factual information, personal opinions, political arguments, media reports, published research articles, and opportunities to actively participate in ongoing dialogue.

(*) The author wishes to thank Ngareta Rossell, Pamela Curr, and Janet Hodge for their contributions.