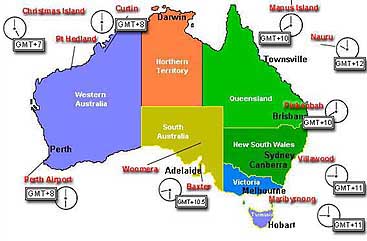 Remembering holocaust shadows from my childhood

The war is just over and I'm barely two years old when I first develop the habit of exploring what's going in De Hoogstraat, which starts when you turn the corner at the end of my short street. A little later I will pretend to do the dishes for the ladies in that street, where the people have automobiles; I will rake their garden paths, I will sweep their back patios, and make a general nuisance of myself, toddling around and keeping the middle-aged ladies entertained.

I sometimes find my way into that overgrown piece of ground between two of the stately mansions, where clumps of sour grass and stinging nettle conceal remnants of large upright stones hesitating to topple over. And later at home I am told that those strange hieroglyphs on the granite are the same letters as those in the bible before it was translated into a bible with Dutch letters. They are Hebrew letter signs, I am told and the cemetery is a Hebrew cemetery long abandoned, because the Jewish people who cared for it had been herded into trains for Dachau and Bergen-Belsen, and the few who returned had gone to help re-create their Promised Land in the years following 1948. A little later I will discover how the windows of the Synagogue on Het Singel are covered with old cement-smeared planks taken from building sites.

I grow up in a sunny but curious childhood in many respects. My parents show me the International Court of Justice during holiday day-trips, and my first photographs are from the Peace Palace - the Court's nickname - that grandiose building in The Hague. They are evidence of the pride of post-war parents in the Netherlands, part of a Europe that unites as it recovers from the slaughter of the Holocaust and as the Dutch recover from being refugees in their own country: feeling proud of NATO, proud of the UN, and supporting the development of the Refugee Convention and the International Declaration of Human Rights.

There always are visitors in our home for Sunday coffee and Dad reminiscences about the five years of oppression and the magnanimous events of people like him. One of the out-of-town reputable farmers shows us the hollowed-out haystack when we go and buy our winter potatoes. And as on our Sunday family walks, I get a chance to see the false wall behind the entrance door into the chicken coop - the places where the locals in my village rallied to hide Jewish families.

There was a shiver of sanctity that reverberated throughout those days, as we walked to church on Sunday morning, and when I was told that the Reverend Knoop would preach a sermon standing on the hidden wooden chest inside the pulpit, because with his five-foot height he needed it to be seen by the congregation. It was not his stature that inspired the awe, although it helped - he had come walking back from Auschwitz in the spring of 1946, on his own.

There was a whisper about some of the shopkeepers and working folk in town. They had been collaborators - secretly dobbing in people who had assisted the work of De Ondergrondse - the Resistance movement that networked right down to Belgium and France. Their shops had fallen silent and their display planks behind the windows were nearly bare - such was the revenge of the small city, which prided itself on thrift and commerce in openness and honesty.

But mixed with my parents' pride about the new Europe, Churchill, NATO and the UN Refugee Convention was their ambivalence about my association with a girl from the Romany wagon camp on the outskirts of town, and about my friendship with a son of one of the interned Moluccan soldiers, who lived as unacknowledged refugees in the Netherlands after the Moluccan independence war ended in embarrassment for the Dutch.

In a strange twist of historical ambivalence the Dutch government interned Indonesian soldiers who had fought for and with them, in the former concentration camps of Vught and Westerbork, and later they provided cheap and substandard housing, also in my home town, for some of the soldiers, with the promise they would be repatriated with the help of the Dutch government. But while the Dutch were an active voice in the development of the UN Refugee Convention, the Moluccan internees and their families would be ignored in considerations about who would qualify as a refugee, and never the Dutch government would change away from its reluctance about dealings with those who fought alongside the Dutch KNIL army in Indonesia.

My parents' ambivalence was my first impression of racism and middle-class ambivalence about social justice and human rights. The denial of rights for the Moluccans became engrained in my memory as my first knowledge of how politicians can play to this rather than to generosity in refugee assessment. But not until I became involved in Australia's war on refugees did I come again face-to-face with that racism and ambivalence.

I could forgive my parents, because most of the energy in the Netherlands and in Western Europe in the period of rebuilding Europe after the holocaust centred on the the promise of 'Never Again'.

That Never Again was not just a promise. It was a vow, a vow expressed on the highest levels of nations touched by the holocaust and by the Nazi experience. What most Australians have never experienced, my parents acutely and deeply felt, when the leaders of West European Nations made statements, not on a platform of the body politic, woven with spin and party-political interests, but with soul and through tears in sombre tones, their conviction and determination to achieve unity conveyed to the people.

I cannot shake off that notion of Australia's distance from Europe in my thinking about what we do to refugees by interning them in remote camps, by hijacking a Norwegian freighter and smuggling its contents to a godforsaken remote pile of bird poo and leaving Iraqis who ran away from Saddam Hussein and Afghanis who fled the Taliban to rot, all this in direct and callous disregard and contravention of everything the UN Convention and the International Court of Justice intended to prevent.

As I heard the promise of Never Again remembered on the television during the commemorations of Auschwitz last week, a voice went off in my head, 'Once more please', and I think of John Howard, who was, together with George W Bush and Tony Blair, conspicuous in his absence amidst the world's leaders who gathered at the German camp. And the names of Guantanamo Bay, Curtin, Derby, Baxter, Nauru, Christmas Island, Manus Island, Villawood and Maribyrnong join too easily that long line-up of those other names that still make me weep when I hear them in my head, see them in print, hear them on the radio or on the TV: Bergen-Belsen, Treblinka, Dachau, Auschwitz-Birkenau, Buchenwald, Theresienstadt, Sobibor, Vught, Westerbork.

It leaves me with a feeling of tremendous loneliness in my country Australia, and it makes me wonder how to start on the next campaign for Project SafeCom, the refugee lobby organisation I set up at the time of the Tampa election. That next campaign needs to include a state push, right around Australia, for a Bill of Rights, a community education campaign, and a determined and smart lobbying strategy to get a commitment from politicians.

But I wonder whether anyone will listen and whether there are enough Australians who know that without this basic set of inalienable rights, the bottom will keep falling out of Australian society.

[1] See History and Identity (on this website): Moluccans in the Netherlands, by Ben Allen & Aart Loubert