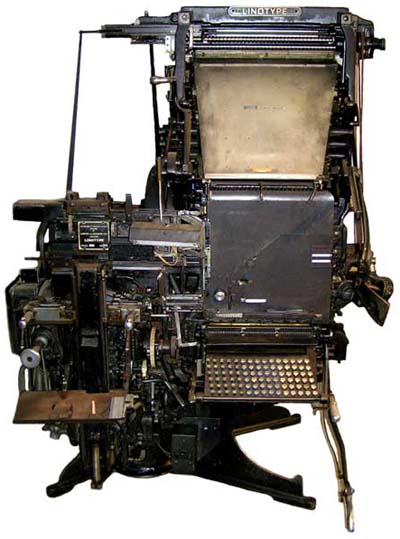 Our pages about the clarity of Australia's national media mirror

Not everywhere are things going well with the 'mainstream' media in Australia.

It's one of the things we learnt since the September 2001 Christmas Island Tampa scandal, and since we launched our organisation and began operations.

Using our e-campaign "Catching Illegals Down-Under", we pressured media outlets over the best part of a year before the Australian Press Council finally issued a ruling, declaring it to be "incorrect reporting" when newspapers or magazines would label asylum-seekers who arrive 'unannounced' by boat on Australian shores, "illegals".

By that time we also knew how much sweat it cost us and other refugee activists to get reports in the press.

Revelations by Fairfax reporter Andra Jackson about the identity of "Anna" as Australian citizen Cornelia Rau, who was locked up unlawfully in a refugee jail, somewhat re-adjusted the media balance, but even now, almost a year after we first heard about Anna in Red One, the commercial media are too often dragging their heels on the central issues at stake in Australia.

With that reflection, we offer all our pages about media issues as listed below. There are articles, speeches and related observations about issues of impartiality and media bias, and contributions about independent media initiatives and the the emergence of new media. We call our own website a media website, because of the countless articles and background opinion articles it carries. Enjoy the ride!

25 February 2014: Burnt hands and the ABC's burnt fingers - When allegations of Navy abuse during asylum seeker interdictions surfaced in ABC reports, it became Tony Abbott's convenient culture war trigger. Ever since the 2013 election, the pack of conservative wolves have been quietly howling and trampling at the bit to start degrading the ABC on behalf of the commercial media hounds bleating about ABC bias.

2 March 2008: Michael Gordon, The Media's Performance: An Insider's View - Author and journalist Michael Gordon responds to criticisms of the performance of the media since the Tampa episode of 2001, outlining the obstacles faced by journalists and some of the ways they were overcome.

22 October 2007: John Hartigan: The 2007 Andrew Olle Media Lecture - "The defence of press freedom is not a self-indulgent game. Freedom of the press, exercised responsibly, is the base line for freedom of speech generally in the community ... [New York Times editor Abe] Rosenthal's legacy is important today. His advice was never to compromise on press freedom. He told his journalists: 'Fight like hell every inch of the way.'"

26 June 2007: Clive Hamilton, The Australian, Free Speech and Hypocrisy - "This sorry story sheds a different light on the noble appeals of ... The Australian ... for a more open society in which free speech and a variety of opinions are not just tolerated but encouraged. The newspaper's defence of high principle is vitiated by its slavish support for the Howard Government, including its attacks on the Government's critics."

30 March 2006: Our Newsletter Survey: What you told us - In March 2006 we conducted a Poll amongst the subscribers to our highly regarded Project SafeCom News and Updates. This page outlines and analyses the results of that survey.

1 February 2006: Project SafeCom's higly acclaimed News and Updates - our (almost Daily) News and Updates have kept hundreds of human rights advocates, refugee rights activists, lawyers, migration agents, politicians and many of our members and supporters informed about the state of affairs around Australia since the Tampa Affair in 2001. Here's the subscription page.

6 January 2006: Radio National Big Ideas: New Media Publishing - a forum about New Media, online media and blogging - "The internet is changing writing and publishing. Is publishing on the net, through e-zines and blogs, a great way to get to read the thoughts and experiences of people all over the world? Or is it just too much self-published, unedited, unsubstantiated opinion?"

All of it: Project SafeCom Press Releases - we're famous or infamous for it: a relentless and no-spin onslaught on inhumanity in human rights and the treatment of refugees and asylum seekers "who dare" arriving unannounced on Australian shores. Here is the home page, linking all of our press releases.

23 September 2005: Report of the Webdiary and Club Chaos' Fremantle launch - with a speech by Carmen Lawrence MP: "I welcome this venture as the latest example of Margo Kingston's commitment to the ideal of quality journalism, a vital component of healthy democracy."

22 August 2005: Margo Kingston's Webdiary goes independent - "Creating and building an independent, credible alternative media - a vital task in my view - will depend in part on citizen journalists. This media will need to revolutionise the standard reporting style to counter its co-option by the powerful".

1 August 2005: Do Not Disturb: Is the Media Failing Australia? - Is our media doing its job when it comes to Australian politics? Is it frank and fearless in pursuit of spin and evasion? Why have we entered an era of shockjocks and celebrity commentators? What will changed media rules mean for our public sphere?

28 November 2004: Antony Loewenstein: Australia reports Arafat's death and legacy - The death of Yasser Arafat will not, despite the rhetoric suggesting otherwise, inevitably lead to a more likely resolution of the Israel/Palestine conflict, although if one only read the Australian media after the PLO leader's death, one could be forgiven for thinking that a road block to peace had been removed.

27 November 2004: The Top 25 Censored Media Stories of 2003-2004 - Project Censored is a media research group out of Sonoma State University which tracks the news published in independent journals and newsletters. From these, Project Censored compiles an annual list of 25 news stories of social significance that have been overlooked, under-reported or self-censored by the country's major national news media.

29 September 2004: The Shape of the Argument: The 3rd Overland Lecture - David Marr delivers the lecture: "After nearly a decade of sustained bullying from government [...] the media is in a quandary, has lost its edge. Not everyone, not everywhere. But it has happened. What I am exploring here is how that loss of confidence has come to shape public debate..."

2 August 2004 - George Monbiot, An Activists' Guide to Exploiting the Media - Every battle we fight is a battle for the hearts and minds of other people. The only chance we have of reaching people who haven't yet heard what we've got to say is through the media.

3 July 2004: Tony Fitzgerald QC launches Margo Kingston's Not Happy, John! - This book launch at Gleebooks in Sydney has created a true storm in the teacup of the Howard administration. Retired judge Tony Fitzgerald QC, in launching the book delivered a blistering attack on both sides of politics and attracted the wrath and ire of Immigration Minister Amanda Vanstone.

30 May 2004: Catching Illegals Down-Under Part Two - This is the second page about the use of the term "illegals" in the Australian print press. In May 2004 a complaint was lodged by refugee advocates against the Sydney Morning Herald's use of the word "illegals" in a headline on April 30. This page is about that complaint.

12 March 2004: Iain Lygo's speech at the launch of his 'News Overboard' - "Five years ago, if someone had told me the government would send asylum seekers to bankrupt Pacific states to be imprisoned beyond the scrutiny of Australian courts and the world's media, I would have told them they were crazy. In John Howard's Australia, this basic denial of human rights not only goes unquestioned by much of the media, it is celebrated by the tabloid press and numerous shock jocks on commercial radio."

14 January 2004: Carmen Lawrence: Ideas to save our withering democracy - a manifesto to protect and enhance our democracy: Despite the otherwise general equality in voting power, many are suspicious that not all citizens are equally able to influence their representatives; the health of our democracy requires greater involvement and participation from party members and the community at large.

14 January 2004: Catching Illegals Down-Under Part One - A new, and seriously important opportunity has developed to "nail down" journalists and writers in Australia who engage in forms of distorting the facts in relation to refugees and asylum seekers.

26 November 2003: The Five-Star Asylum journo comes around - "Almost 12 months ago, The Daily Telegraph published a provocative page-one story headed "Five-star asylums" about conditions inside Australia's seven detention centres. Opponents of mandatory detention labelled it a disgrace. The author of the original "Five-star" article, David Penberthy, has buddied up with Ngareta Russell and visited Villawood 10 times."

12 October 2003: Bravo, Kerry O'Brien, bravo 7.30 Report, bravo, Aunty - In 'The ABC of journalistic precision', blogger Jack Robertson comments on the fierceness and independence of the ABC's 7.30 Report's anchor Kerry O'Brien on the occasion that Howard supporter Tony Abbott, the Employment and Workplace Relations Minister, gets hauled over the coals over a number of issues.

27 May 2003: The Role of the Writer in John Howard's Australia - The Colin Simpson Lecture in the Redfern Town Hall. "I have a simple plea to make: that writers start focusing on what is happening in this country, looking Australia in the face, not flinching, coming to grips with the fact that we have been on a long loop through time that has brought us back almost - but not quite - to where we were."