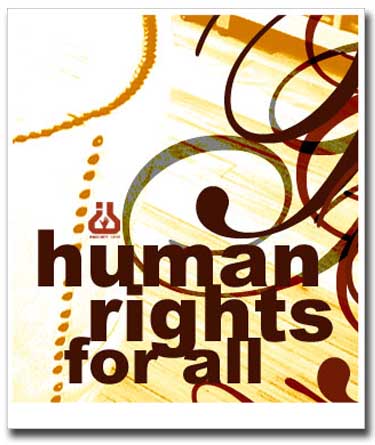 Human Rights Day in Australia leaves much to be desired

On Human Rights Day 2004 - 10 December - Project SafeCom laments that the situation in Australia leaves much to be desired, mainly but not only as a result of Australia's detention policies, and not only in factual terms but also in how the government 'flowers up' in statements to the public about what's going on in Australia.

Human Rights Day in Australia leaves much to be desired

On Human Rights Day 2004, 10 December, refugee advocates Project SafeCom laments that the situation in Australia leaves much to be desired, mainly but not only as a result of Australia's detention policies, and not only in factual terms but also in how the government "flowers up" in statements to the public about what's going on in Australia.

Within the Department of Immigration as well as in the Howard Ministry, there is now a deeply entrenched culture of 'obfuscation and spin' - as if flowering up the truth is OK for Ministers and public servants alike.

One of the most graphic examples of misrepresenting the facts about the state of affairs in Australia comes from the Immigration Minister Amanda Vanstone, who repeatedly tells Australian citizens that under her watch the number of annual refugee intake by Australia has increased by 50%.

The facts however are, that the annual intake quota has increased from 12,000 to 13,000 people per year. One of the subsections in this total number, the intake of refugees under the humanitarian program, was increased from 4,000 to 6,000 (50%) - but 1,000 of them was taken from the general humanitarian intake category to make up this increase. so, while the Minister is factually correct, the way this information has been framed is a deliberate ploy from the Minister to make things look pretty.

In addition, by her omission of the fact that "alternative forms of detention" are still forms of detention, complete with around-the-clock guards, the Minister has caused the ire of many organisations and groups around the country, in particular ChilOut, who release their figures of all children held in all forms of detention on a periodical basis, and who promptly revealed that more than eighty children were held in forms of immigration detention at the time. Since the 2004 election, as ChilOut has shown, the number of children in detention has actually risen quite dramatically - on December 1, their monthly count stands at 105 children.

The much-touted "visa changes" announced with much fanfare in September 2004, which would make many Temporary Protection Visa holders eligible for non-refugee visa categories, are another example of the flowering up of the status of refugees in Australia. In reality, only a few of the TPV holders fit the criteria, and the work of refugee advocates in bringing about pressure on especially backbenchers has virtually come to naught in terms of the fate for the vast majority of refugees in the community. Project SafeCom deeply grieves for the continuing refusal of the Australian government (and the failure of the ALP opposition to expose and, if required, oppose) to acknowledge the much easier and much cheaper option it has to its avail, namely the granting of permanent protection to every successful asylum claimant.

In the case of Iraqis and Afghan asylum claimants, the refusal to apply Australian openness, welcome and generosity in creating an independent category of secondary determinations to deal with the situation of post-war unrest and instability (where the UN Refugee Convention does not recognise this), and to apply this category speedily and openly, has led to severe psychological breakdown and post-traumatic stress syndrome in the case of hundreds of people on Nauru and in the Baxter detention centre in South Australia. All these people, if they would have chosen New Zealand instead of Australia, would have found our neighbours to be the people from the "lucky country" instead of Australia: all of them would have been able to contribute with their natural zest for life and work, to the Australian economy in their always visible gratitude and enthusiasm for giving. Instead the government has spent millions of dollars in keeping them locked up since and even before "Tampa".

As this statement is being prepared, almost twenty Iranians are on a hunger strike in the Baxter detention centre. All of them came to Australia wishing to claim asylum, all of them fear persecution in their home country, while all reputable organisations who monitor countries on their human rights record, including the US State Department, Amnesty International, Human Rights Watch and the Immigration and Nationality Directorates in both the UK and Canada, express deep concerns for Iran's record of persecuting political dissenters, religious dissenters, and citizens who leave the country to seek asylum elsewhere.

All seventy Iranians held at the Baxter detention centre issued a statement this week, asking to be heard for a full review of all of their cases. Ten of the Iranians on the hungerstrike are Ahwazi Arabs, Iranians who claim a special reason for their persecution in Iran, as a culturally and ethnically different population group. A letter on their behalf was written some time ago to Louise Arbour, the United Nations High Commissioner for Human Rights. It was a direct attempt to have the High Commissioner approach the Australian government, but we have not heard whether the Minister even received this intervention, let alone whether she has acted upon it.

The Ahwazi Arabs wrote to their DIMIA manager this week, stating: "We will wait until Friday the 10 December 2004. If you will not answer this letter by then, we will know that you want to see us dead and will oblige you willingly."

There are many more issues we could mention on the occasion of Human Rights Day 2004, but it would extend this statement to the point where it would become a Report, and that's not our intention - but sometimes we feel powerless to remind especially the major opposition party, the ALP, that Australia is no longer the lucky country when we have a set of laws that provides for the permanent locking up of adults and children alike, only because they had the temerity to seek asylum in Australia, and that this same ALP has been a major contributor in the making of these laws, which have created a situation where politicians have more power than the Australian courts, and where the independent dispensing of justice has been brought into jeopardy. Perhaps that aspect of the changed Australia expresses the most disappointing state of affairs in our country, and it calls for the establishment of a Bill of Rights to halt the gathering of too much power within just one of the three tiers of government.