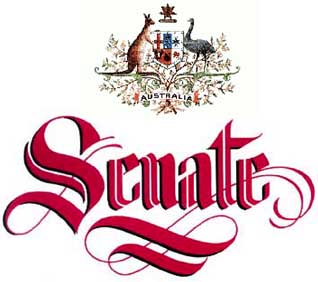 Report of the Human Rights Sub-Committee

The Joint Standing Committee on Foreign Affairs, Defence and Trade reports on human rights in Australia

There was a time when Australian politician still 'tabled' damning human rights reports in the Federal Parliament.

They did not just table these reports: they also spoke, sometimes extensively, to the report's findings.

Things are very different now: when reports about Australian atrocities, committed in the name of "border protection" or "keeping refugees out", they're silently tabled late on a Friday afternoon, when most parliamentarians have scurried to the airport to find some weekend solace.

Statement to the Parliament on the Human Rights Sub-Committee of the Joint Standing Committee on Foreign Affairs, Defence and Trade (JSCFADT), on recent activities concerning conditions within immigration detention centres and the treatment of detainees

"I maintain that detention centres are no places for women and children..."

1.1 Mr President, I rise to make a statement on behalf of the Joint Standing Committee on Foreign Affairs, Defence and Trade about the Committee's review of immigration detention centres and the treatment of detainees.

1.2 In June 2001, the JSCFADT Human Rights Sub-Committee tabled the report on its visits to immigration detention centres across Australia, A Report on Visits to Immigration Detention Centres. The Committee made 20 recommendations that reflected amongst other matters our concern with physical conditions within the centres, the access to information, education and other services for detainees, the delays in processing of applications and appeals and the consequential long periods of detention, occupation for detainees within the detention centres and security for different groups.

1.3 Early in the current parliament, the Sub-Committee sought to update itself on developments concerning conditions in immigration detention centres and the treatment of detainees. In late 2002 the Sub-Committee held a number of public hearings and took evidence from key agencies involved in administering government policy in this area, and from bodies whose statutory responsibilities give them a role in monitoring conditions in immigration detention centres. We also visited the Baxter Immigration Detention Facility in the early weeks of its operations.

1.4 The Government response to the June 2001 report accepted or addressed the majority of the Committee recommendations. We note the progress made in a number of areas, for example:

1.5 In addition, the Committee notes:

1.6 New issues have also emerged since the 2001 report was tabled. I will deal with these concerns under the following headings:

1.9 The Committee accepts that there may be situations where it is more appropriate for some children to receive education within the centres. We have always maintained that these situations should be the exception rather than the rule. In these cases we expect the relevant authorities to ensure that education programs are of a high quality, as stipulated in the Immigration Detention Standards [6] and that the Department maintains an adequate monitoring regime to ensure that a centre education plan is developed and implemented for each facility and evidence continues to be provided on a monthly basis that such educational services for detainee children are available. [7]

1.10 The evidence we received indicates that the Statement of Service Requirement, which specifies that trained and qualified teachers (focusing on ESL) should be employed in all facilities, is being met.

1.11 The Committee notes that there has been a significant reduction in the number of detainees since the Committee's 2001 report.

1.12 However, the length of time people spend in detention remains a significant issue. Of particular concern is the issue of mental health associated with long-term detention, which has been identified by a range of health practitioners and various commentators as the key problem in detention centres.

1.13 While the physical conditions in the Baxter IDF were unquestionably better than the facilities we had seen in our previous visits to other detention centres, they are not conducive to good mental health and wellbeing, and cannot negate the impact of long term detention, particularly the psychological effects.

1.14 The evidence received in the course of our inquiry indicated that, of those asylum seekers who appeal the primary decision, only a minority win their appeals. While the Committee acknowledges that the decision to appeal is one for the individual, the process does allow this legitimate avenue to be pursued. However, the strain on detainees awaiting the results of the appeals for prolonged periods is immense. The Committee considers that attention should be focused on reducing the delays in appeals processing and hence the period people are held in detention. We suggest that an immediate review be undertaken of the appeals process, the factors causing the delays be clearly identified and that strategies be developed to accelerate the appeals process. Resources should be made available for this review to be completed within three months.

1.15 The Committee recommends that:

1.16 For those who have exhausted the appeals process and who face deportation the period between the end of the appeal and the removal should be as short as possible. We accept that this is not always easy given difficulties such as cumbersome administrative arrangements in receiving countries, civil unrest in the destination countries and the requirement of some countries for the return to be voluntary. [8]

1.17 The Committee notes that DIMIA has successfully made arrangements with some countries concerning return arrangements including Afghanistan and Vietnam. We also note DIMIA's advice that 'while the removal of Iraqis, Iranians and others can be complex, the Department continues to have some successes' [9]. The Committee is concerned that DIMIA unnecessarily extends detention in these circumstances and recommends that the department release these detainees as soon as possible after finding they cannot be returned.

1.18 We note DIMIA's submission, that for detainees there is an "element of choice" and that detainees can also help bring their detention to an end by cooperating in the provision of information and documentation to assist in their removal. [10]

1.20 The Immigration Detention Standards require that detainees are informed of their rights and are able to comment on or complain without hindrance or fear of reprisal: about any matter relating to the conditions of detention to the Services Provider, the Department, HREOC or the Commonwealth Ombudsman; or in the case of a suspected criminal offence, to the police; or, in the case of suspected child abuse, to the relevant State/Territory welfare agency.

1.21 In regard to the Baxter Detention Centre, the Committee was told that the complaints box was hardly operational.

1.22 The Committee notes evidence received during the inquiry highlighting DIMIA's lack of progress towards arriving at MOUs with the states, various police services and other authorities so that the demarcation of responsibility between the state authorities and the Commonwealth should be more clearly defined. [11] We received conflicting evidence regarding MOUs with state and territory authorities and urge all parties to afford greater priority to reaching these agreements and request that the Sub-Committee be regularly updated concerning developments.

1.23 The Sub-Committee also explored the closely related issue of incident reporting, in particular from the perspective of DIMIA's monitoring of the provision of services within immigration detention centres.

1.24 While some potential deficiencies were identified, the measures outlined in the Immigration Detention Standards, in theory at least, provide a reasonable framework for monitoring service delivery. However, regular reporting by DIMIA of the results of monitoring to the Commonwealth Ombudsman would provide some measure of a check on the adequacy of the Department's monitoring practices.

1.25 The Sub-Committee also explored the issue of external monitoring of conditions in detention centres, such as that conducted on the mainland by HREOC and the Commonwealth Ombudsman, in relation to Manus and Nauru.

1.26 The Commonwealth Ombudsman advised the Sub-Committee that it had not addressed any issues involving detention conditions on Manus or Nauru and was uncertain whether the Office would have jurisdiction in these places. [12]

1.27 The Committee is concerned to ensure that detainees in off-shore centres should be afforded the same protection as those in mainland centres. The Committee's inquiries in this area were inconclusive. It was difficult to obtain a clear picture from the agencies involved and the Committee will give further consideration to this aspect of detention conditions. However the Committee believes that the centres are essentially under Australian control and therefore the Ombudsman should view them as a more serious responsibility.

1.28 Finally I would like to address the issue of adequacy of the language skills of officers working with unlawful arrivals and asylum seekers and also the issue of the human rights training of these officers.

1.29 The Sub-Committee was advised by ASIO and the AFP that whilst direct human rights training was not provided, training in the legality, propriety and ethical standards required when interacting with the community in a range of situations, including contact with asylum seekers was provided [13] and the principles of human rights were inherent in all training provided. [14]

1.30 While we are confident that officers are obliged and trained to respect the 'dignity, cultural and religious sensitivities of all individuals within the community' [15[ we consider it important that officers should also have a thorough understanding of Australia's obligations under the human rights treaties to which we are signatory and also its obligations under the Convention relating to the Status of Refugees (1951) and the Protocol relating to the Status of Refugees (1967).

1.31 To this end, we suggest that the relevant ministers should develop in consultation with the Office of the High Commission for Human Rights and the Office of the United Nations High Commission for Refugees, a specific training course for officers dealing with unlawful entrants and asylum seekers. This is a matter that we will be pursuing further in our current inquiry into human rights and good governance education.

1.33 The Human Rights Sub-Committee intends to maintain its interest in conditions within immigration detention centres and the treatment of detainees.

1.34 We are supported in our efforts to do this by the ready assistance of a number of agencies and departments. In this respect, I would like to express appreciation for the cooperation of the Human Rights Commissioner, the Commonwealth Ombudsman, the Director-General of Australian Security Intelligence Organisation, officers from the Australian Federal Police and Australian Protective Services and officers from Australian Correctional Management and the Department of Immigration and Multicultural and Indigenous Affairs.