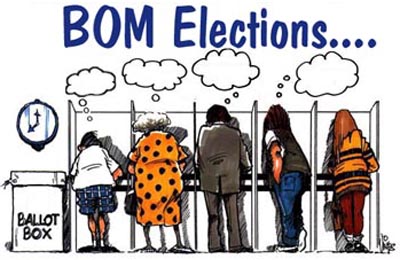 The Rules of Association

Hi and welcome to the "official" central document of our incorporation: The Rules of Association.

We gladly used and adapted the freely available "template" provided for the public by the West Australian Department of Fair Trading (since around 2004 it's called the WA Department for Employment and Consumer Relations).

During 2006 we adapted the Constitution to cater for 'the electronic age', by having clauses inserted to enable us to give notice of meetings "by electronic means", including emails. The changes proposed were approved - and they're marked throughout the document below.

Links to the sections of the Rules:

1. Name of the Association

The name of the Association is Project SafeCom Inc.

In these rules, unless the contrary intention appears-

"financial year" has the meaning given by section 3 (1) of the Act, a reference in that section to-

"member" means member of the Association;

"associate member" means member of the Association as defined in rule 5 and rule 5b;

"rules" means these Rules of Association;

"ordinary resolution" means resolution other than a special resolution;

"special resolution" has the meaning given by section 24 of the Act;

"the Committee" means the Committee of Management of the Association referred to in rule 10 (1);

"ex officio" means out of professional duty. This pertains to the status of employees in the project on the Committee of Management or whilst on other duties;

"clause" means rule as referred to in this document.

3. Purpose and Objects of Association

The powers conferred on the Association by section 13 of the Act are subject to the following additions, exclusions or modifications-

5a. Qualifications for membership of Association

5b. Associate membership of Association

6. Register of members of Association

7. Subscriptions of members of Association

8. Resignation of members of Association

9. Expulsion of members of Association

14. Casual vacancies in membership of Committee

17. Quorum in proceedings at general meetings

18. Minutes of meetings of Association

19. Voting rights of members of Association

20. Proxies of members of Association

23. Inspection of records, etc. of Association

A member may at any reasonable time inspect without charge the books, documents, records and securities of the Association.

24. Distribution of surplus property on winding up of Association

The marked sentences deal with several issues relevant to the functioning of the Association. They are the Amendments of June 2006, as sent to the Department of Consumer and Employment Protection and approved by the Commissioner for Fair Trading in his confirmation letter to Project SafeCom, dated 03 July 2006. These amendments are included in the document above, and marked with an asterisk as follows: *(Amended 2006)

The first 2006 amendments relate to

The marked sentences deal with several issues relevant to the handling of payments by the Association. They are the Amendments of November 2006 - approved by members at the 2006 AGM, and sent to the Department of Consumer and Employment Protection. The changes were approved by the Commissioner for Fair Trading in his confirmation letter to Project SafeCom, dated 04 November 2006. These amendments are included in the document above, and marked with an asterisk as follows: *(Amended 2006-2)

The second 2006 amendments relate to forms of payment where classical payment by cheque is not an appropriate method. Especially for Project SafeCom, where the majority of its work is backed by electronic communication and the functionality of its website, 'electronic payments' using a direct transfer from its bank account or using online payments with a credit card are in use. Usually these forms of payment are the only option available to the treasurer or the delegated representative who makes the payments.