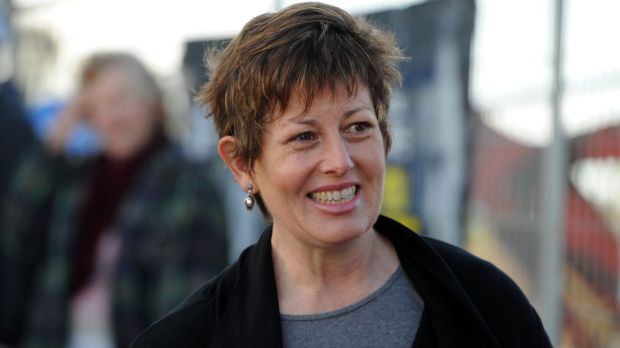 FEDERAL Labor backbencher Anna Burke has contradicted her party's policies on refugees, saying that asylum-seekers should be released from immigration detention after health checks.

Breaking from Labor's policy of mandatory detention, Ms Burke, who holds the marginal Victorian seat of Chisholm, also said that asylum-seekers should be entitled to work in the community and to receive Medicare, while awaiting the outcome of their claim for refugee status.

Ms Burke said she "agreed" with a range of statements, including that "asylum-seekers should be held in detention until health and security checks are completed". She did not return calls from The Australian last night.

Chisholm in Melbourne's eastern suburbs is largely made up of immigrants and people aged over 60. It is held by a margin of 2.7 per cent.

Mr Ruddock accused Labor of winding back measures implemented by the Howard Government to stop boat arrivals, and described the Opposition's mandatory detention policy as "weak".

A spokeswoman for Mr Smith yesterday ruled out buying into the debate. "We're not going to comment on the immigration element", she said. "We just don't want to react to it".

Only one Liberal responded to the questionnaire.

Mr Burnside said last night both the Coalition and Labor were "now quietly embarrassed about their own policies".

"If you ask ordinary Australians whether they think its all right to send people back to torture or lock up children they will say no," he said.

It is understood only one Liberal candidate, Steve Gibbons for Labor-held Bendigo, responded to the questionnaire.

October 19, 40 people attended a public forum at the Victorian Trades Hall organised by the Refugee Action Collective (RAC) to discuss perspectives for the refugee-rights movement after the re-election of the Coalition government.

Ahmed Raza, an Afghan temporary protection visa holder, spoke of his worry that he may not be allowed to stay in Australia, now that the Howard government has been re-elected. RAC activist Sandra Bloodworth pointed out that parliament is not the decisive factor in achieving progressive change and emphasised the importance of grassroots movements on the streets.

Federal Labor MP Anna Burke, who has been thanked by the refugee-rights movement in the past for breaking ranks with ALP policy on the issue of refugees, raised the ire of many at the forum when she spoke of the need to maintain mandatory detention of refugees as a means of curbing the spread of "communicable diseases".