Paddling around with David Corlett and Simon Keenan

Project SafeCom is hosting Dr David Corlett, author of Following Them Home: the fate of the returned asylum seekers and Simon Keenan from Paddling For Refugees.

Simon and David are embarking on a sea kayaking journey in and around Australia's 'excised zone' - those parts of Australia's north (including Christmas Island and Ashmore Reef) that have been legislatively cut off from the migration zone in order to prohibit any asylum seeker arriving there from applying for protection in Australia.

Come and win one of Project SafeCom's terrific movies or books! 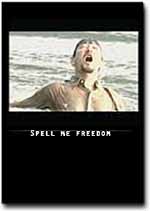 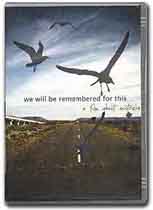 In mid July 2007 Simon Keenan and David Corlett (freelance writer and author of Following Them Home: the fate of the returned asylum seekers) will embark on a sea kayaking journey in and around Australia's 'excised zone' - those parts of Australia's north (including Christmas Island, Ashmore Reef and almost 5,000 other Australian islands) that have been legislatively cut off from the migration zone in order to prohibit any asylum seeker arriving there from applying for protection in Australia.

Asylum seekers who are found in the excised zone can be forcibly transferred to Nauru or elsewhere where their applications for protection are assessed in a system without an independent appeals mechanism and which is not subject to judicial oversight. Nor do such people have a right to independent legal advice. There is compelling evidence that this system has led to the return of asylum seekers to situations where their human rights have been violated. Some have been killed. Those asylum seekers found to be refugees have no right to be resettled in Australia or any other country and can wait for extended periods of time in limbo while their resettlement is negotiated between governments. Excision and its denial of access to Australian territory and the onshore protection determination process remains one of the key outstanding issues in Australia's response to asylum seekers. 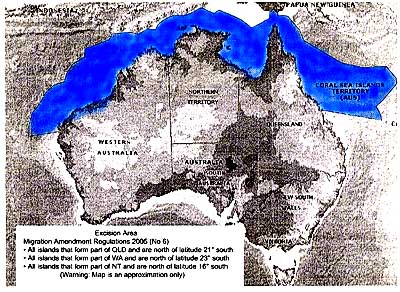 Simon Keenan is the founder of Paddling for Asylum Seekers and Refugees, an organisation that evolved from Simon's 2,226 km, 116 day solo kayak down the length of the Murray River. PRAS seeks to raise community awareness of the plight of asylum seekers and refugees in Australia through public gatherings, paddles and awareness raising activities. As well as generating national support and publicity, PRAS has raised more than $22,000 for organisations that assist asylum seekers living in the Australian community.

David Corlett is a freelance writer and the author of Following Them Home: The Fate of the Returned Asylum Seekers, a book described as a 'mix of travelogue, oral history and investigative journalism with a moderate dose of polemic' and which was highly commended by the Human Rights and Equal Opportunity Commission and shortlisted for a Queensland Premier's Literary Award. David has written articles for a wide range of publications including The Age, The Canberra Times, The Courier Mail, The Advertiser, The Monthly, Eureka Street, Dissent, and AQ. His work has been reported and written about in, among other publications, Rolling Stone, The Age, The Sydney Morning Herald, The Australian, The Hobart Mercury and the Australian Federal Parliament. David has also appeared on national and local radio and is an honorary research fellow at La Trobe University.

One man's journey to combat oceans of pain 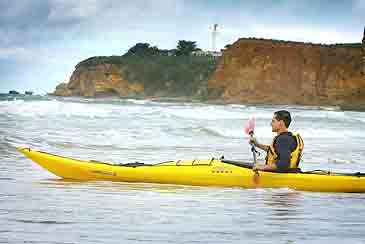 Just like the refugees he is campaigning for, David Corlett will battle the high seas on a humanitarian voyage.

Only his won't be a matter of life or death. This journey _ which starts today in a kayak from his coastal home _ is one of politics.

The Aireys Inlet father, who has just six months' experience with the one-man vessel, will paddle more than 1000km to bring attention to the Federal Government's treatment of refugees.

"I want Australians to start thinking about how Australia is responding to asylum seekers and I am using the issue of excision to think about it," he said.

His destination is an area of almost 5000 islands off Australia's north coast which were legislatively removed from the migration zone, or excised, in 2005.

"When people arrive on those islands they cannot make an asylum claim. People can be forcibly placed in off-shore islands like Nauru where they are not eligible for the same rights as if they were in Australia and have inadequate access to legal advice."

The issue is close to his heart. Dr Corlett has worked with refugees for 15 years. He recently completed a PhD then wrote a book on the fate of returned asylum seekers. He has spoken to detainees and followed some whose claims were rejected by the Australian Government back to their home countries.

Visiting the islands will be an emotional journey for Dr Corlett, given that many friends had travelled through them on their passage to freedom.

"I am not sure how I will feel when I get there (to the islands)," he said.

"I have been to places before that are much more confronting. To sit and be with people who are at the end of their ability to cope is a pretty harrowing experience.

"These people are incredibly broken by their experience in Australia and are incredibly fearful of their return to their home country. Emotionally it's a pretty challenging thing.''Simon Keenan will join Dr Corlett on the campaign. The pair will blog and video log their experiences at www.paddlingforrefugees.org.

Allan Boyd's poem 'paddling' was delivered by him at the opening of the event.

under the stark imperfect structures, the halogen glare, we gather to kill the states of industrial gauge dispossession. the black sky a rigid scar of Christmas, a fence in the barbed wire sea.

here brother you have the right to perpetual desertion, disparity, dysfunction for certain, you and your family in the wet salt face, the constant rumble of a diesel toxicity - the fossil peak drowning in a bat shit mountain, a shattered dreaming, a tattered cloth, a photograph of sisters lost.

and the roll roll roll as the nights heave closer to the excised zone - your neck deep in jargon, a slight of the razor hand, and they slash 'n slice into race, they turn people into gates. our messages lost in the hegemonic trail of glass and fire. a tragedy in one foul act an outright victory a cousin on ice, on fire on fire on fire - and this week the riot is funded by the government the nearest broken computer, a missing key on a calculator - and I'll see you later, he said, his face crooked with rage.

and the batons in your back as you approach the doors, the pack thinning to trickles, the horses high and hostile. and they spilled over the metal in droves, scaling the bloody walls, the children tossed to running doctors and lawyers and mothers and brothers and sisters and fathers. and the setting desert sun, the thin orange dust in your teeth. the star maps of this journey, this paddling farce, to reach an open door, a concrete crack.

and in the bitter forests of 5000 islands we sing as the ripple of oar to ocean tears a new path, the rainbows chased us to the ridges, to the fences the fences.