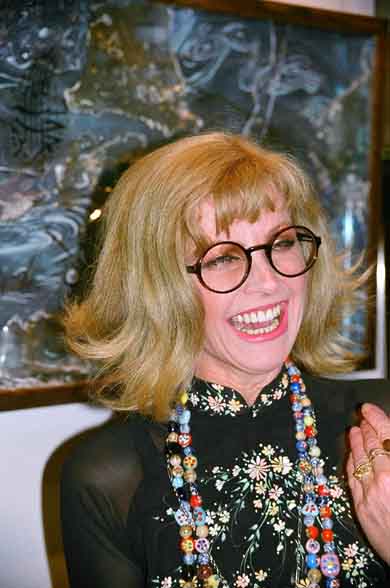 The collection of works, that leaves nobody untouched who views the hundreds of paintings of the sinking of the refugee boat in October 2001, was displayed at the Theo Notaras Multicultural Centre, and Project SafeCom's Jack Smit attended the opening.

The SIEVX sinking is one of the dark pages in Australia's history during the Howard years. Three hundred and fifty-three men, women and children drowned. Many of the women and children were enroute to find their husbands and fathers, who had sailed before them to find protection for their families from persecution in Australia.

An exhibition of art work by noted Australian artist Kate Durham will be held at the Theo Notaras Multicultural Centre in the North Building in Civic Square (above the Canberra Museum and Art Gallery), from 30 March to 15 April. The stunning art work relates to the sinking of the SIEV X and other refugee experiences. The exhibition is assisted by the ACT Government under the ACT Multicultural Grants Program and by funds raised from community organisations and individuals."

The exhibition was organised in conjuction with Manning Clark House by the ACT Refugee Action Committee's Ron Fraser and veteran Canberra social activist Dick Aitken. The SIEVX exhibition season at the Theo Notaras Centre was opened with speeches by refugee and Coordinator of the Sudanese Australian International Activists Group Aguil De'Chut Deng and Migration Agent Marion Lê OAM, while artist Kate Durham and organiser Dick Aitken spoke a few words of thanks.

Below is the photo collection, courtesy Frederika Steen of Brisbane's Romero Centre. Thanks Freddie! The pictures are not in any particular order. Click on the thumbnails to open the full size images.

19 October 2005: The SIEV X Landmark of Conscience - "When the evening ended, senators, members of the ACT assembly, officials from museums and planning authorities, and most importantly the refugees themselves, all expressed the same view. You must build it."